Early in December of 1940 the Rev. Robert Landeck surveyed the Kinston area, found one Lutheran and made arrangements to begin worship services on December 15, 1940.  A small apartment at 504 north Independence street was rented for $27.50 per month.  Rev. Landeck lived in one room and services were held in another.  Rev. Landeck was a 1938 graduate of Concordia Seminary in St. Louis.  Miss Lacy Johnson was the first pianist for the new church body and continued in this capacity for many years.  The first Sunday bulletin was dated November 30, 1941.  Thanksgiving offering in 1941 was $12.06 and this was the first money deposited in the Building Fund.  On August 2, 1942, new Lutheran Hymnals (costing $1.05 each) were used for the first time.

November 8, 1942, services were first held at Mike Taylor's Grocery & Market, 511 N. Independence Street.  This building was graciously offered by Mr. Taylor, who had to leave his business in order to serve in the Armed Forces.  Mrs. Z.V. Casey and her family cleaned and made curtains for the building, transforming it into a quiet acceptable "chapel."  The chapel was dedicated December 6, 1942, with the Rev. J.L. Summers of Charlotte giving the dedicatory address.  During these war years, Kinston served Lutherans stationed at Stallings Field, Camp LeJeune, Seymour Johnson Air Force Base, Cherry Point and Fort Bragg.

In 1942 attendance at church was about 20 people and the offering was about $14.00 per week.  Rev. Landeck had the assistance of the Rev. Frank Frese, who was serving the local Air Force base.  Rev. Landeck accepted a call to Ebenezer Lutheran Church in Greensboro, NC, in February 1944.  The Rev. Erwin Goltermann became the new pastor in May 1944.

Before construction was started, it was necessary to move out of the chapel on Independence Street.  Mr. Taylor returned from military service and would reopen his store.  Glen Raven Cotton Mill built a church on Atlantic Avenue for the convenience of people working in the mill.  A Sunday School was conducted in the church but not a regular church service.  These accommodations were offered for our use.

Progress on the construction of the new church was slow due to scarce materials after the war.  In June 1947 Faith Lutheran Conducted its first Vacation Bible School, with 50 students in attendance.  In August 1947 a choir was organized, and in November a chapter of the Lutheran Women's Missionary League was established.  On January 25, 1948, the church was dedicated, with the Rev. Landeck.  After a pastorate of almost six years in Kinston, Rev. Goltermann left in January 1950 to become pastor of a church in Taylorsville, NC.

In May 1951 the first meeting of the Lutheran Laymen's League was held.  The first constitution of Faith Evangelical lutheran Church was adopted in June 1952.  In September 1952 Rev. Behrhorst accepts a call to teach at St. John's College in Winfield, Kansas, and Rev. Harold Buls acted as supply pastor during the vacancy.

With help of a gift from the LWML, Carolina District, it was possible to add an educational wing to the church.  The wing was dedicated on October 2, 1955.

Pews were ordered for the church in 1958.  Also, the first issue of the church newspaper, Faith Life, appeared.

Under Rev. Heimsoth's leadership, a weekday school was started to give all youth in grades 3-8 an opportunity to study the word of God during the week.  On December 12, 1965, Faith Lutheran observed its 25th anniversary.  In preparation for this occasion, the alter, pulpit and lectern were paneled and the chancel aisle was carpeted.

During this time additional seating capacity was added to the church proper, the educational wing was enlarged and a  new kitchen was built.  On October 12, 1969, Faith's constitution was amended to allow women voting rights.

Under Rev. Fletcher's leadership a food pantry and help fund for the community was set up.  Also, he was instrumental in raising money and helping Hurricane Floyd victims. He utilized radio and television devotions for reaching the public in Christ.  Vacation Bible School was conducted for the immediate neighborhood. A church van was purchased for the church by a member. He had weekly and bi-weekly services in two nursing home/senior centers. The mortgage was burned, a parking lot constructed,  an Allen organ was purchased, stained glass windows were installed and other updates were made.

Rev. Jon Richter working with our congregation as Vacancy Pastor during our call process. 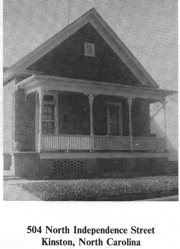 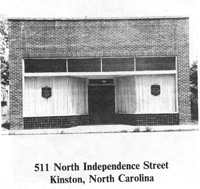 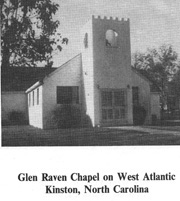 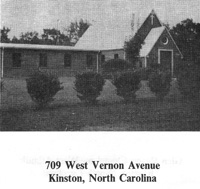 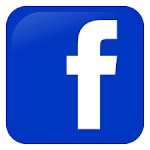